Find The Info You Need

MindTRAK Golf is an innovative new mental performance Golf APP designed by former PGA Tour pro Dick Zokol to overcome the #golfinsanity mindset. MindTRAK brings you into the present moment helping you improve your mindset and better prepare for each shot in every round you play.

As part of the launching of our MindTRAK app we are excited to provide players an exclusive opportunity where the first 500 players to download the MindTRAK Golf App and play 10 rounds using the app will automatically become Founding Members of MindTRAK Golf. Founding Members will be able to use MindTRAK for free as long as they are active members.

For all other players who download and activate the app, we are pleased to offer the benefits of MindTRAK and its game changing capabilities for free until the start of the 2021 golf season.

Dick Zokol is a retired (21-year) PGA Tour professional. During his PGA Tour career, Dick developed a system and method to hone his mental skills. The method he designed enabled him to access and remain “in the moment“ for each shot, mitigating performance anxiety and breaking the ”Golf Insanity” mindset. MindTRAK Golf has productized Dick’s method into a platform and an app, allowing all golfers to significantly improve attentional focus for those pressure situations, an essential tool to optimize performance.”
LEARN MORE 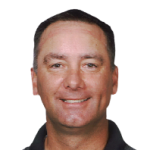 After creating and using the MindTRAK Golf protocol in PGA Tour competition—my breakthrough moment happened in the final round of the 2000 U.S. Open at Pebble Beach when I shot 30 on the front nine on Sunday. I started working on what is now MindTRAK Golf in tournament play prior to the 2000 US Open. It (MindTRAK) changed my perception and perspective on each golf shot on the golf course. My attentional awareness changed to how well or poorly I assessed and executed each golf shot. I started collecting this performance data on every shot; it instantly became a better performance metric and shifted my mindset out of being result-oriented. It allowed me to tap into the present moment; I started to become mentally conditioned to stop fixating on my score and I started to detach emotionally from my score and results. It is a remarkable and powerful feeling. I wish I made this discovery at the start of my PGA Tour career.

When Zokol introduced the MindTRAK method to me, the light bulb clicked on. Before the app was even created it immediately changed my perception and perspective on how to play. I quickly got it—it changed the way I now think on the golf course, which allowed me to stop thinking about my score and those crazy expectations we have on the golf course. It made such a big difference in my ability to play. MindTRAK gave me the freedom to play the way I always knew I could. This past week I had two clean cards, I never had one before (a clean card = no bogies or worse on the score card) I stayed calm and in the moment even on the last putt, I stayed focus on the MindTRAK process and didn’t give a damn about the results, I am playing better golf now than ever before. 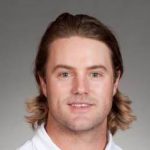 MindTRAK Golf helped me breakthrough to win my first professional tournament on the Mackenzie PGA Tour Canada in Victoria, BC in 2016. After three rounds of the tournament I held a 2-shot lead going into the final round. I was in uncharted water, playing in the final group with the lead is not easy and you need to keep your wits about you. MindTRAK allowed me to stay focused, be present and didn’t get ahead of myself—particularly with all the excitement on the back nine in the final round. I shot 65 and won by 5-shots 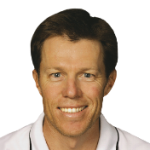 Nick O’Hern, a retired Australian professional player with over 20-years experience playing on both the PGA Tour and the PGA Tour of Australasia where he won the Order of Merit in 2006, has distinguished himself as a professional in many ways. None more highly profiled than being the only Tour player to beat Tiger Woods—twice—in the WGC Match Play. People are interested in how Nick beat Tiger, so Nick published, Tour Mentality, Inside the Mind of a Tour Pro, which explained his mindset when Nick confronted Tiger on two occasions in one of the biggest championships in professional golf. Nick’s method described in Tour Mentality is identical to the MindTRAK Golf protocol. Nick is having tremendous success teaching and mentoring others in the Tour Mentality method. Nick sits on the MindTRAK Golf Advisory Board.

Sorry, the comment form is closed at this time.